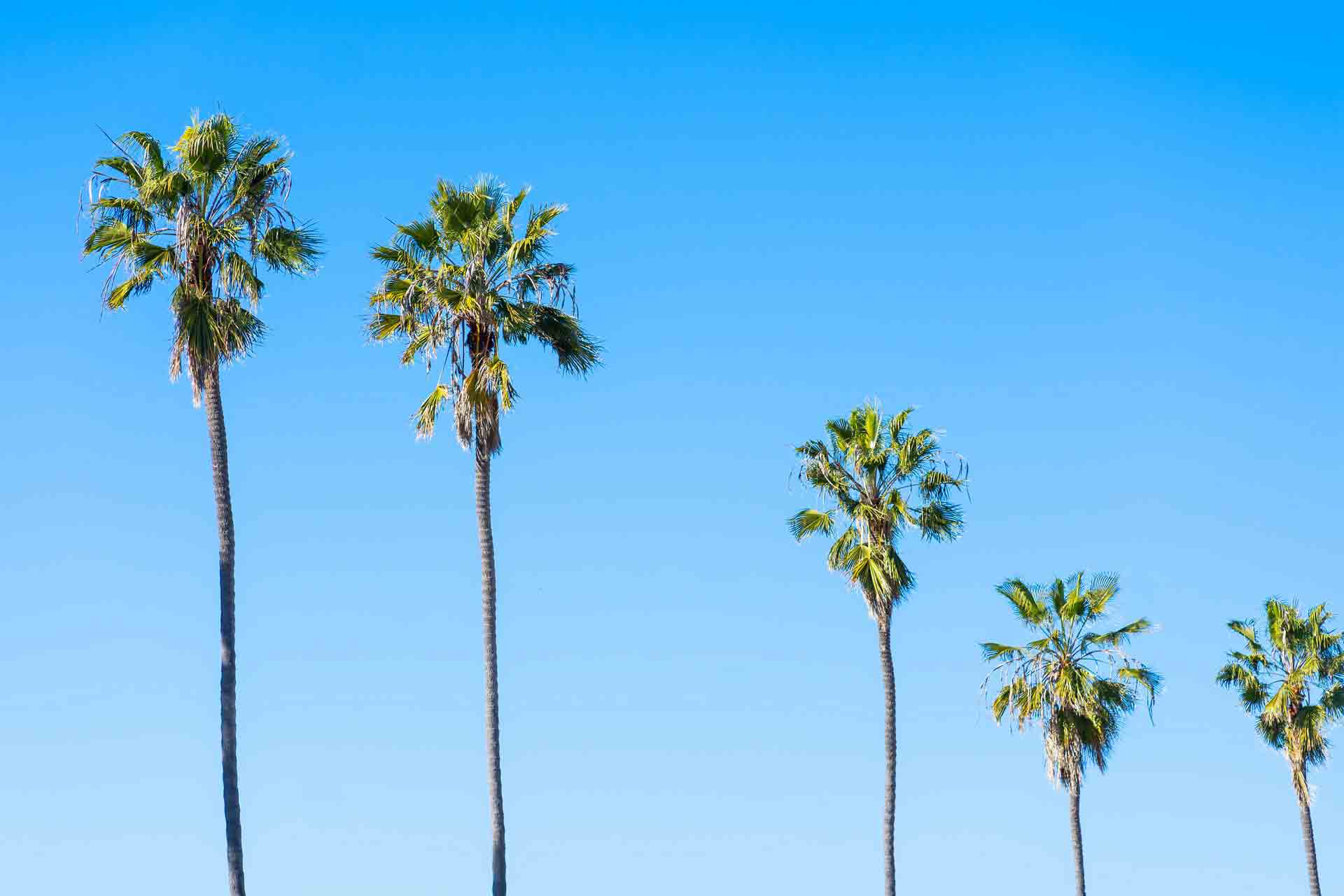 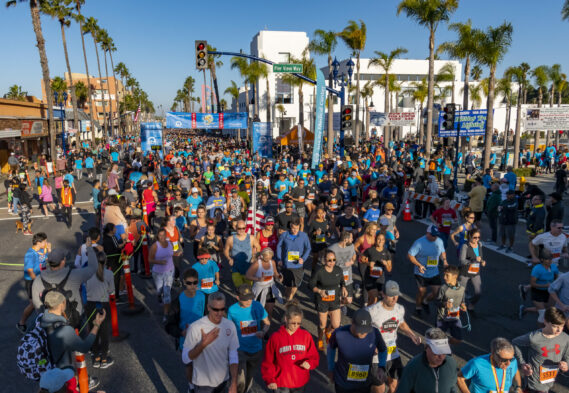 Posted at 22:08h in Fun Events, Nadia on the Run by Colucci & Co Realty

Fall has arrived and we are ready to pull out our cute boots and cozy sweaters! It’s also the perfect time to craft a bucket list of fun activities and outings for all ages to enjoy. One of the best things about forming a family bucket list is experiencing new things and creating family memories…from the little everyday treats, like filling your cart with the best pumpkin spice goodies of the season, to bigger adventures like the Encinitas Holiday Street Fair.  We’ve curated an amazing list of activities for you that will make this an extra-awesome autumn.

Make sure to tell us which one was your favorite event ~ Enjoy! 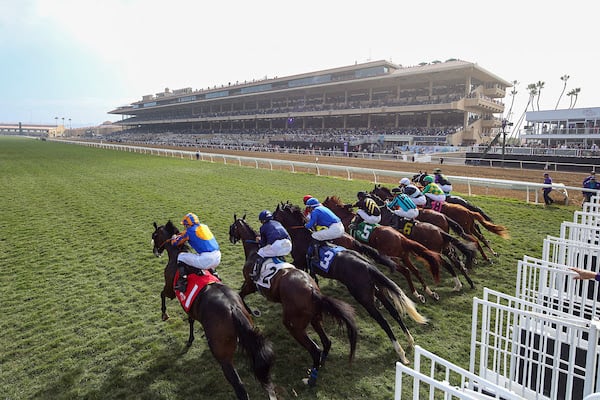 Racing returns each fall to the seaside oval. As another first-class summer season closes, it’s all about fall tidings and the Bing Crosby Season. This nostalgic season will present superior racing Fridays – Sundays and Thanksgiving along with a lineup of engaging events during the four-week run. Friday, November 11 – December 4, 2022.

Come “move your feet before you eat” this Thanksgiving at Oceanside’s 17th Annual Turkey Trot 5-mile or 5K run/walk. Register & join one of the fastest-growing holiday traditions. Be sure to bring the entire family, as there will be races for everyone. The event offers a costume contest, the largest teams competition, fabulous live entertainment on the course, and finisher medals for all participants. Free digital photos, medals, shirts, and live results to all registered participants. 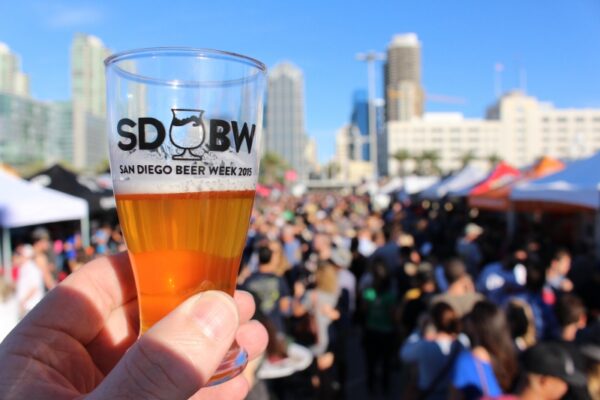 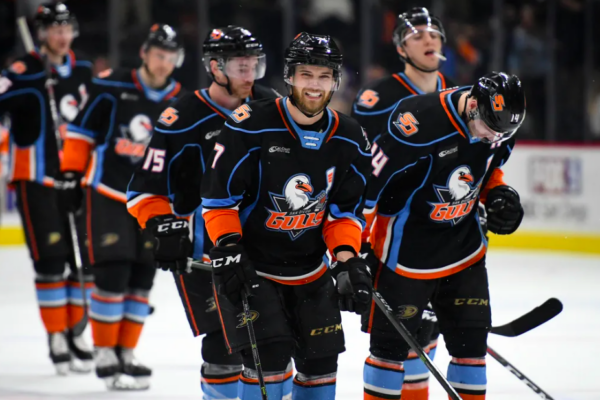 You’re guaranteed a night of excitement when you go and check out San Diego’s premier American Hockey League (AHL) team, affiliate of the Anaheim Ducks. With hockey season running from early October through early April, you can be sure to fit a game in your schedule. 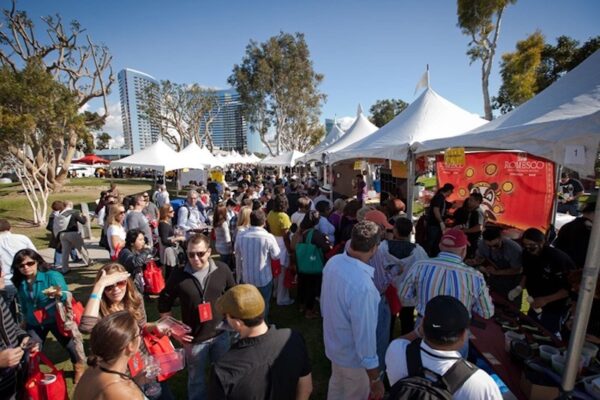 Enjoy some of the world’s best wine and culinary creations at the annual San Diego Bay Wine + Food Festival, where sailboats and sandy beaches serve as the backdrop for one of the country’s most talked about weeks in food. This is one of the biggest yearly festivals in San Diego, and visitors will enjoy cooking classes, tasting panels, celebrity chef dinners, and tons more. The festival was named the winner of 2019 USA Today 10 Best Readers’ Choice travel award contests for Best General Food Festival.

A highly-anticipated 7+ stage, 80+ bands, 3-day music, culinary and arts festival will descend upon the stunning waterfront of downtown San Diego all along the Embarcadero. The festival offers diverse attractions including yacht parties, water sports, art installations, after-parties, a craft beer village and plenty of local flavors. 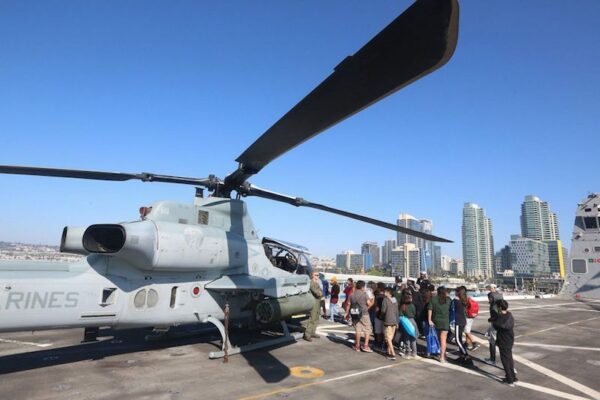 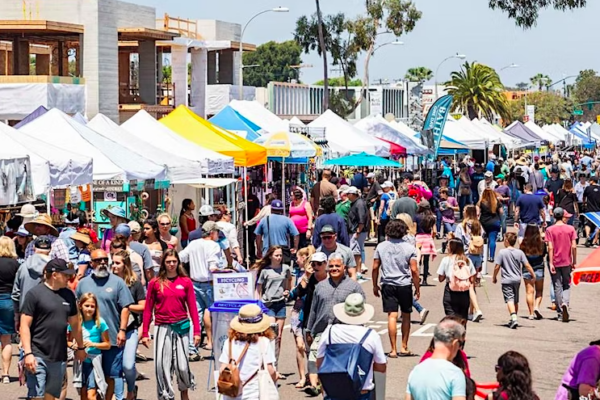 Children’s rides, two stages of live entertainment and food and drink refreshments provide an attractive setting for the public and a great boon to our vendors. Remember to bring your own bag(s) to collect all your street fair shopping. 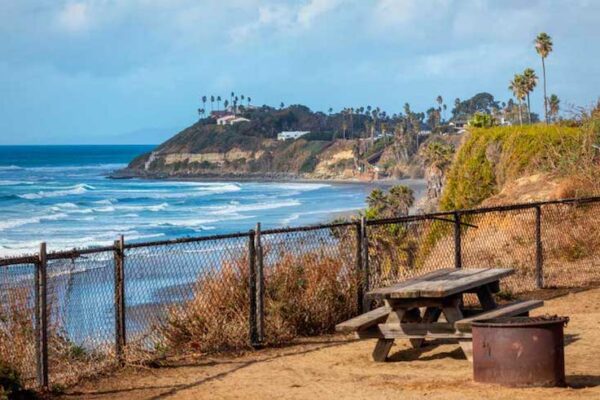 Go camping! What a better way to soak in fall than by a crackling campfire with smores and a lighthearted Halloween story before snuggling into your sleeping bag? Check out some of San Diego’s favorite campsites for families: 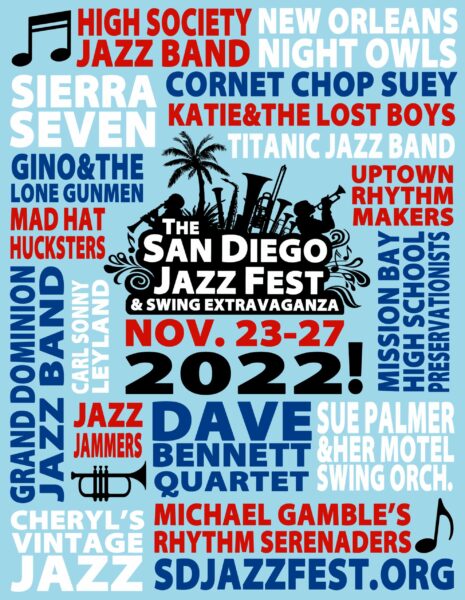 The San Diego Jazz Fest is one of the longest running annual music festivals dedicated to celebrating jazz music of the early 20th Century. Since 1980, this event has been held during Thanksgiving weekend in San Diego, California, and features a variety of musical artists performing traditional jazz, swing, blues, ragtime, boogie woogie, gospel, and rhythm and blues. 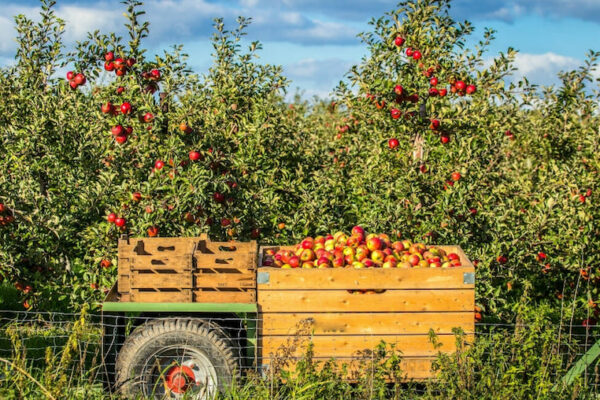 Take the whole fam bam and have bushels of fun apple picking at one of these glorious u-pick apple orchards: 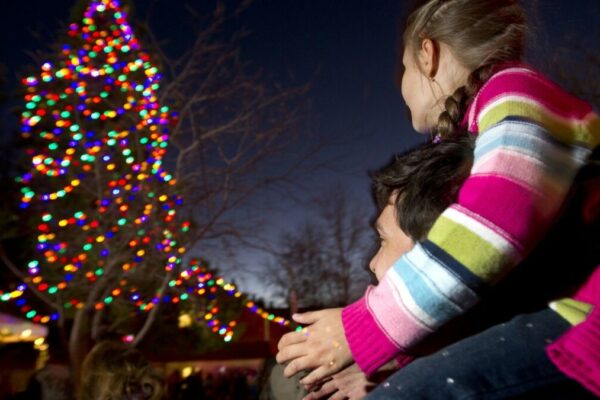 An all new experience for Julian’s tree lighting. Music and Holiday Performances throughout the afternoon Christmas Market. Santa Arrives and Greets the Kids (of all ages). This is a FREE event. 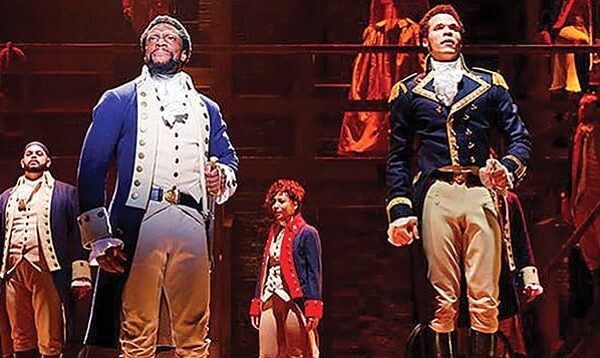 Hamilton at the Civic Theater

HAMILTON, the broadway show, is the story of America then, told by America now. Featuring a score that blends hip-hop, jazz, R&B and Broadway, HAMILTON has taken the story of American founding father Alexander Hamilton and created a revolutionary moment in theatre—a musical that has had a profound impact on culture, politics, and education. It has won Tony®, Grammy®, and Olivier Awards, the Pulitzer Prize for Drama, and an unprecedented special citation from the Kennedy Center Honors. 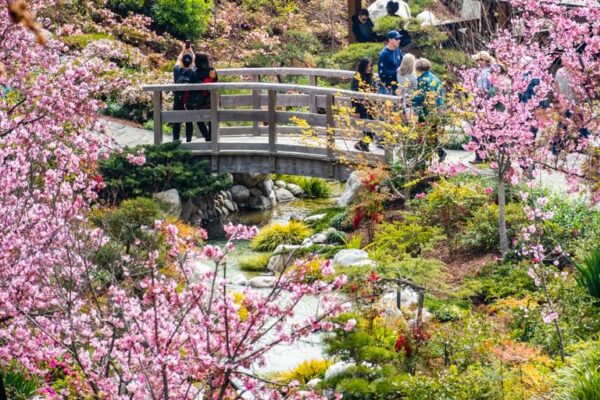 Peep the fall foliage at the Japanese Friendship Gardens. Especially beautiful in autumn, it is one of the best places to see fall colors near downtown San Diego. The Japanese maple trees turn brilliant shades of red at this time of year, and you’ll see other trees and shrubs turning bright orange and yellow. Kids love the koi, too. 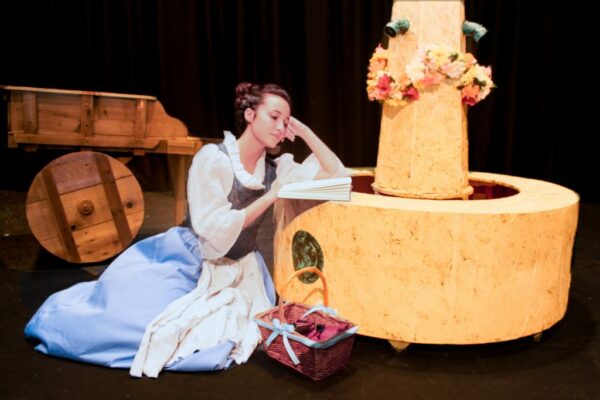 Beauty and the Beast at The Oceanside Theater

This magical fairytale tells the story of an unkind prince who has been magically transformed into an unsightly creature as punishment for his selfish ways. To revert into his true human form, the Beast must learn to love a  bright, beautiful young lady who he has imprisoned in his enchanted castle before it is too late. Adapted for the stage with great warmth and a touch of hilarity, this fairy tale warms the hearts of children and adults alike. This production is directed by Sharon and Anna Duchi, and produced by Genevieve Koesling. 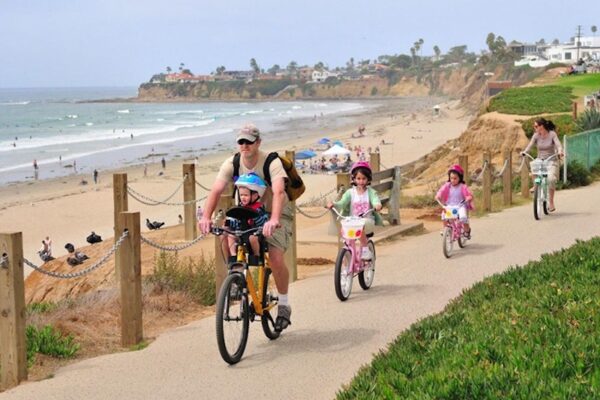 Enjoy the cool weather by going on a family bike ride. Feel the wind in your hair and relive some childhood memories while riding bikes along some of the most awesome family-friendly bike paths. 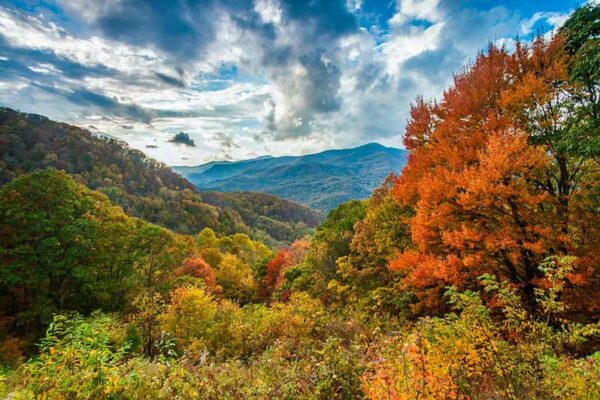 Take advantage of the cool weather and take a hike! San Diego has plenty of off-the-beaten path hikes for the whole family to enjoy. Take a look at our fall faves: 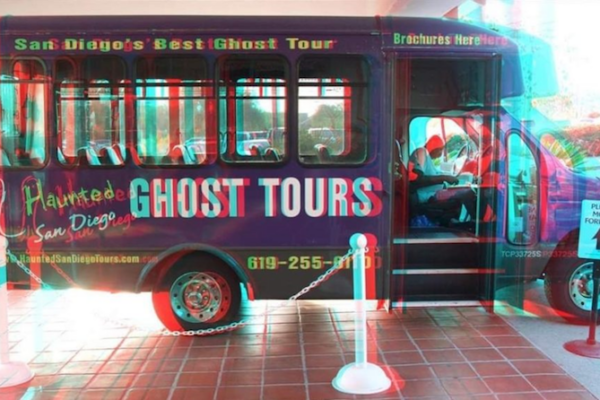 Brave a Haunted San Diego Ghost Tour. Ghosts tours via bus or walking if you are brave enough to make your reservation. Ride the coffin-on-wheels spooky style through San Diego to see the San Diego haunted houses, hotels, mansions, and graveyards. Reservations required. 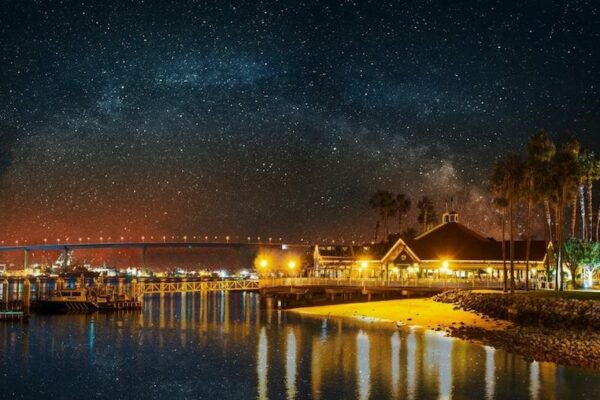 Bundle up and go stargazing. Look up at how the stars shine for you at one of these stargazing spots that are sure to put a twinkle in your eye:

A couple more ideas that are fun and fall-friendly:

If you or anyone you know is looking to buy or sell their home, give us a call!

Anyone else a doodler? Super stoked on this one an

Looking for a new, fresh look with minimal cost? W

The original hurricane of OKC has been replaced…

What a fun recap of how awesome this year has been

At the last possible minute, we squeezed two more